Skip to content
How Can Mindful Awareness Dismantle Our Biases

Using mindful awareness to notice and disrupt our biases can potently transform our unexamined preferences and cultivate more capacity for kindness across differences.

What is Bias and Why is it a Problem?

Most broadly, bias is a preference for one type of person or thing over another in a disproportionate way that is often unfair and harmful. For the sake of a thought experiment, let us imagine that your favorite treat is dried mango. If I asked you to tell me why your favorite treat is dried mango, you might give me some nondescript response like, “because it tastes the best and makes me feel good.” This is a minute example of a bias.

In some instances, biases are quite benign; your favorite treat is probably not creating harm in the world. However, suppose you created a blog devoted to explaining the virtues of people who also loved dried mango above all other snacks and calling for the persecution and forced conversion of all others to dried mango dominance. In that case, we begin to have a problem.

Granted, this is a silly example that is not too likely to happen, but it illustrates some of the ways that bias operates. When we hold a bias, we preference one thing over another, often without good reason and many times for bad reasons. Bringing awareness to our biases can get more perspective and equanimity to our system of beliefs and more acceptance of others.

How Can Mindful Awareness Help Disrupt Our Biases?

Mindful awareness is the practice of attuning to the present moment intentionally that puts aside judgment and leans into curiosity. While this skill is often developed while sitting silently in stillness, it can be honed in many different ways and is broadly beneficial in many areas of life. One can engage mindfully while walking, knitting, noticing anger, driving, doing math, or brushing teeth. There is no limit to the areas of experience one can engage with mindfully, and bias is no exception.

The month of June marks the occasion of two historical instances of the fight for liberation from oppression, Juneteenth and LGBTQ pride. We celebrate to honor and remember the struggles of the past.

Juneteenth commemorates the emancipation of Black people from chattel slavery at the end of the Civil War when the last enslaved people were emancipated in Texas and has been celebrated in Black communities on June 19th since 1866.

Just this past year, Juneteenth was enshrined as a national holiday, the first of its kind to acknowledge the legacy of the institution of slavery in the United States and the subsequent abolition of slavery. While slavery was abolished, it is a dark part of our history that has not received enough attention or accountability for the irreparable harms done to those who were enslaved and the lingering effects suffered by their descendants.

LGBTQ pride is celebrated during the month of June to mark the anniversary of the Stonewall Riot, which happened in 1969 in New York City to protest unfair harassment by police and laws that discriminated against gays, lesbians, and gender non-conforming people gathering in bars.

Many of the laws from that time have been repealed, and there are more protections for gays and lesbians, however, there are currently many anti-trans bills being proposed across the country, and there is not equal protection from discrimination for all LGBTQ people. Trans and gender non-conforming individuals face biases and overt violence everywhere.

While we have had many changes and progress since the Civil War and the Stonewall Riot, there is a residue that lingers, and that is present for individuals inside of those categories and the resultant biases that may still be operating in your mind and the minds of others.

You might notice if you are inside or outside of either of those identities and what arises in your mind might be a bias regarding those particular classes of people.

How to Unpack Our Own Bias With Mindfulness

Working with bias can be an ongoing and rewarding process that unfolds over time. On a personal level, I have experienced the practice of bias awareness from several perspectives. I am a white person who had been active in racial justice for many years when I became a meditator.

As I deepened into my practice, I became more aware of the subtle thoughts just below the surface of my everyday awareness. While many of those thoughts were mundane and harmless, some were not as easy to acknowledge or own.

Even now, it is painful to give voice to the biases that I noticed lurking in my mind, specifically about Black people, education, and poverty. The thought biases that emerged were subtle and were very much at odds with what I hold as my conscious beliefs about Black people and the history of the United States.

The thing about biases is that they don’t make sense and are not fair, which is the case of my unconscious bias that registered surprise with meeting a Black woman who is a doctor. Biases are not based on rational thought, ethics, or loving-kindness. Instead, they are persistent nuisances beneath the surface, rooted in the subtle and overt messages that we receive from the culture of our upbringing.

In the example about me from above, it is relevant to note that I grew up in a primarily white community with very few Black people and other people of color. Most of the non-white people that I encountered lived in poverty and were spoken about negatively by the adults around me. While I have grown into an adult who does not believe the stories surrounding me growing up, some of those biases persist.

Mindful Awareness of Bias Directed At Ourselves

From another angle, I have been on the receiving end of the bias of others who are either unaware or unaccepting of my gender-expansive presence. I am small with an athletic build, long curly brown hair, and visible facial hair. My appearance is androgynous, and depending on what I am wearing or how my hair is, I might be gendered differently on a given day.

As a genderwild being, I am not living my life inside of the rigid categories of binary gender that our culture makes appear as the only option, and yet there are expectations from many people placed on how I should act and what sorts of roles I should be in according to the assumptions that people are making about my body and presumed gender.

These assumptions and expectations are often in the form of biases about what kinds of work and attention are associated with particular genders. The truth is that people treat me differently if they think that I am a “man” than if they think that I am a “woman,” even though I might be in the same place doing work and being read as a different gender by two people at the same time.

Gender is historically and culturally contingent, meaning that it is not a solid, unchanging thing, but one that shifts and changes across time and cultures. For instance, while you may think that trans or non-binary people are a new phenomenon in this century, gender variance has been recognized for thousands of years across many cultures.

Gendered biases run deep in the structure of our society, and I want people of all genders to have relief from feeling that they can or cannot do certain things because of their gender.

Exploring & Dismantling Your Own Biases

If you are curious about these or other biases that might be lurking in your mind, you may wonder how to start counteracting the damage they are doing. You can begin doing several things at once to start working with the negative biases you hold.

One important first step is acknowledging that you don’t know what you don’t know. That is to say that you may be holding a bias that you are unaware is harmful or problematic. A way of counteracting this is by educating yourself about marginalized populations and the biases that they face in their own words.

When you have started the process of educating yourself about what biases you might hold, you can begin to use the mindful awareness practice to track biases as they emerge throughout your day.

When you encounter a negative or positive bias, you can bring it into the light of your conscious mind and examine what it is, where it may be coming from in your conditioning and hold it in the light against your consciously held beliefs.

Exploring & Dismantling Your Own Biases

If you are new or less experienced with mindfulness, it may take some time to settle into your practice of noticing your mind. If you have patience and stay with the practice of awareness, you will most likely notice a settling and clearing of the mind that will allow for the more subtle awareness to emerge. It is my experience that once you have reached this place, the noticing and unraveling of biases can go on and on.

While confronting our biases can make us kinder people in the world, it is essential to acknowledge that while it is important to work with our biases, it is not enough to undo the harm of oppression and marginalization that people face through violent or subtle coercion. As people who care about the wellness of all sentient beings, we can work in many ways to make the world a more gentle and safer place for all creatures.

By pausing to notice and examine the biases that we hold about our culture of origin or the culture of others, we can work to become more open and accepting people who have more nimble and flexible minds and more loving hearts that are not burdened by the sludge of bias that holds us back from connecting with others across difference. Not to mention that it might just make us kinder, happier people in the world.

Awaken Pittsburgh offers mindfulness training for all skill levels, including beginners just like you. Our introductory program introduces a spectrum of practices that can benefit all levels. Once you’re on your way, we offer programs to build your mindfulness practice into long-term habits.

If you would like to go further in this work, you may want to enroll in a course about bias awareness, such as the one that we offer through Awaken Pittsburgh, Mindful Connections For Bias Awareness.

Through our proprietary approach, Mindful Connections™, we offer essential, evidence-based mindfulness trainings designed to meet many needs—from individuals looking to deepen their practice, to educators, to public safety teams and others working in high-stress professions. 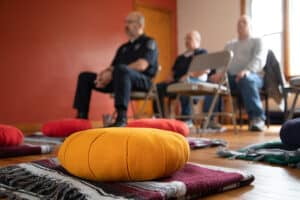 Mindfulness in the Workplace 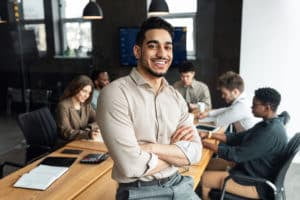 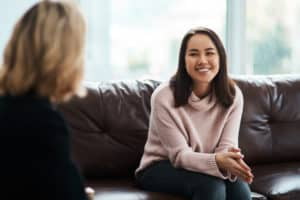 How Mindfulness Benefits Your Overall Health